Get a free estimate!

Complete the contact form to get a free same day estimate today!

Situated in the northeastern part of the state, Jacksonville, Florida, enjoys pleasantly warm weather all year-round. Many retirees from the north, aptly nicknamed “snowbirds,” flock to this state to escape the colder months.

With its resource-rich land and easy water access, it comes as no surprise that this area has become a bustling metropolis. Jacksonville is a shining example of the American melting pot, featuring a rich culture and heritage that we proudly share so others come to love the area as much as we do.

The Native Americans of Jacksonville

The history of Jacksonville, FL, starts with its first inhabitants. Researchers have discovered remains and pottery remnants from the oldest Native American tribes dating back to 2500 BC.

Later, other tribes came to the area, including the most prominent Mocama Tribe. Their homes were mostly concentrated around the St. Johns River and present downtown Jacksonville.

In May 1562, famed French explorer, Jean Ribault, chartered the St. Johns River and named it “La Riviere du Mai” or the River of May. You can visit the exact spot where he claimed the land for France. The Ribault Monument marks the area as a stone column bearing the French king’s coat of arms.

Rene Goulaine de Laudonniere officially established the first European settlement in 1564. The Spanish attacked this colony, named Fort Caroline, and it remained under their control for almost 200 years. Eventually, they ceded the whole state to British forces in 1763.

Under the British, the land became a prime place for producing sugar cane and fruit, as well as a steady source of lumber. These developments paved the way for a healthier economy in the region, creating more work opportunities for its inhabitants.

In 1783, the Spanish armies began invading the area. With its weakened military after their defeat in the Revolutionary War, the British had no choice but to relinquish control. In 1821, the Spanish ceded the area to the Americans, who began to develop it socially and economically.

They gave the city its name, in honor of the seventh US president, Andrew Jackson.

Jacksonville’s sudden changes in ownership continued throughout the American Civil War. Over these four years, the city traded hands multiple times between the Union and the Confederacy.

After the war ended and the region began to recover, it became a vacation destination for wealthy northerners who used steamboats—and later, trains—to make the trip. Soon after, the area’s popularity steadily began to grow as more people discovered the pleasant year-round warmth and frequent sunny weather.

Many people from other US states and the Caribbean islands have settled in Jacksonville, which has helped the city develop the diverse culture you see today. The modern Jacksonville brings an excellent quality of life for its residents and a beautiful destination for tourists.

As New Again Pressure Washing serves Jacksonville and surrounding areas by providing top-quality pressure washing services. Need help cleaning your property? Call us today at (904) 881-9743 for a free estimate and more information on how we can improve the surfaces around your home. 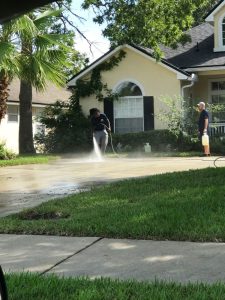 Can Pressure Washing in Jacksonville Damage Your Property?

If you think your home, deck, or driveway needs a thorough cleaning, pressure washing seems 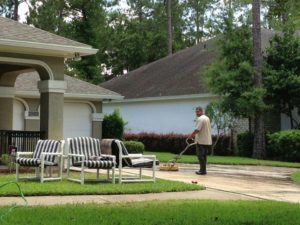 From patios to garden pathways, pavers add an attractive, classic look to any home. However, 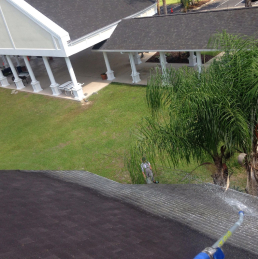 As New Again is the leading provider of high-quality roof cleaning in Jacksonville, FL. Every 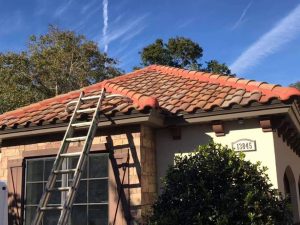 Why You Should Leave Roof Cleaning to the Professionals

Does your roof look like it could use a good cleaning? If so, you’re not